Why Home Prices Are Increasing There are many unsubstantiated theories as to why home values are continuing to increase. From those who are worried that lending standards are again becoming too lenient (data shows this is untrue), to those who are concerned that prices are again approaching boom peaks because of “irrational exuberance” (this is also untrue as prices are not at peak levels when they are adjusted for inflation), there seems to be no shortage of opinion.

However, the increase in prices is easily explained by the theory of supply & demand. Whenever there is a limited supply of an item that is in high demand, prices increase.

It is that simple. In real estate, it takes a six-month supply of existing salable inventory...

The bond market is up 3/32 (2.97%), which with gains late Friday should improve push Raleigh Area mortgage rates to lower by approximately .125 of a discount point.

March's Personal Income and Outlays data kicked off this week?s calendar at 8:30 AM ET this morning. The Commerce Department announced a 0.3% rise in income and a 0.4% increase in spending. The income reading was slightly lighter than forecasts of 0.4%, but the spending reading pegged expectations. Also, the inflation index within the report that the Fed uses showed no surprises. Because the income increase fell short of forecasts, meaning consumers had less money to spend, we can consider the data neutral to slightly favorable for mortgage rates.

The rest of the week brings us the release of five more pieces of economic data that are likely to influence mortgage rates in addition to an FOMC meeting. Tomorrow has one of those scheduled and it is one of the week?s two major releases. April's... The bond market is up 4/32 (2.96%), which should improve Raleigh Area mortgage rates by approximately .125 of a discount point.

Yesterday?s 7-year Treasury Note auction went a little better than Wednesday?s 5-year Note sale did. Several benchmarks pointed towards a decent level of interest in the securities. The bond market had little reaction when results were posted though, meaning the sale had no impact on mortgage rates.

The first of this morning?s three economic reports was the extremely important initial GDP reading for the 1st quarter. It revealed that the economy grew at a 2.3% annual pace during the first three months of the year. This was a faster rate than the 2.1% that analysts had expected, making the data bad news for bonds and mortgage rates. That is because bonds tend to thrive in weaker economic conditions while stocks are more appealing during better economic growth.

Also at 8:30 AM was the release of the 1st Quarter Employment Cost...

“Short of a war or stock market crash…” This month, Arch Mortgage Insurance released their spring Housing and Mortgage Market Review. The report explained that an increase in mortgage rates and/or home prices would impact monthly payments this way:

That begs the question…

What if both rates and prices increase as predicted?

“If interest rates and home prices rise by year-end in the ballpark of what most analysts are forecasting, monthly mortgage payments on a new home purchase could increase another 10–15%....

The bond market is up 8/32 (2.97%), which should push Raleigh Area mortgage rates to increase by approximately .125 of a discount point.

Yesterday?s 5-year Treasury Note auction went relatively well, but not overly strong. A couple benchmarks we use to gauge investor demand indicated interest in the securities while others we less favorable. The bond market didn?t have much of a reaction the news yesterday afternoon. We will be watching today?s 7-year Note auction also. Results of it will be posted at 1:00 PM ET, so any reaction will come during early afternoon trading. A stronger demand for the securities may help boost bond prices later today, possibly leading to a slight improvement in mortgage pricing.

There were two pieces of economic data posted at 8:30 AM ET today with the more important being March's Durable Goods Orders. The Commerce Department announced a 2.6% increase in new factory orders for big-ticket products. That exceeded forecasts of 1.9%, but the... A new study by WalletHub used “30 key metrics, ranging from share of millennials to millennial unemployment rate to millennial voter-turnout rate” to find out which states are the ‘Best States for Millennials.’

The Top 5 Best States for Millennials are:

The bond market is down 5/32 (3.02%), which should push Raleigh Area mortgage rates to increase by approximately .125 of a discount point.

There is no relevant economic data set for release today, but we do have a potentially influential Treasury auction to watch this afternoon. 5-year Treasury Notes are being sold today while 7-year Notes go tomorrow. Neither of these sales will directly impact mortgage pricing, but they can influence general bond market sentiment. If the sales go poorly, we could see broader selling in the bond market that leads to upward revisions in mortgage rates. On the other hand, strong sales usually make government securities more attractive to investors and bring more funds into bonds. The buying of bonds that follows often translates into lower mortgage rates. Results of the sales will be posted at 1:00 PM ET each day, so look for any reaction to come during early afternoon hours.

Tomorrow has two pieces of economic data being posted, one...

Thinking of Selling Your Home? Why You Need A Pro in Your Corner With home prices on the rise and buyer demand strong, some sellers may be tempted to try and sell their homes on their own (FSBO) without using the services of a real estate professional.

Real estate agents are trained and experienced in negotiation and, in most cases, the seller is not. Sellers must realize that their ability to negotiate will determine whether or not they get the best deal for themselves and their families.

Here is a list of some of the people with whom the seller must be prepared to negotiate if they decide to FSBO:

The bond market is down 5/32 (2.98%), which should push Raleigh Area mortgage rates to increase by approximately .250 of a discount point.

Both of this morning?s economic reports gave us unfavorable results. The Commerce Department announced that sales of newly constructed homes rose 4.0% last month, exceeding expectations. A sizable upward revision to February?s sales also pushed the number of new home sales higher than previously thought. Because it is a sign of housing sector strength, the news should be considered negative for bonds and mortgage rates. However, the truth is that this report doesn?t carry much significance, so its impact on today?s rates has been minimal.

April's Consumer Confidence Index (CCI) was the second release of the morning. The Conference Board said that the CCI stood at 128.7 this month. This was higher than the 126.1 that was forecasted and an increase from March?s reading, meaning surveyed consumers were more optimistic about their own financial... 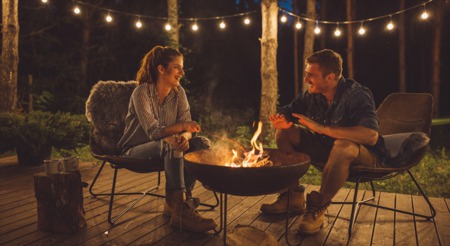 Key Questions To Ask Yourself Before Buying a Home

Waiting To Buy a Home Could Cost You